The Joy of Painting Bob Ross

I watch my website stats pretty closely, and it occurs to me that my most popular post is a Mother’s Day post from a couple of years ago in which I posted a typical picture of Bob Ross sitting at his canvas.  This picture brings in about 80% of all the traffic to this blog.  Bob is apparently a quite popular fellow.  So in the interest of shamelessly fishing for more blog traffic, I’ve decided to have some fun with Bob and offer some variations on a theme.  I hope you enjoy. 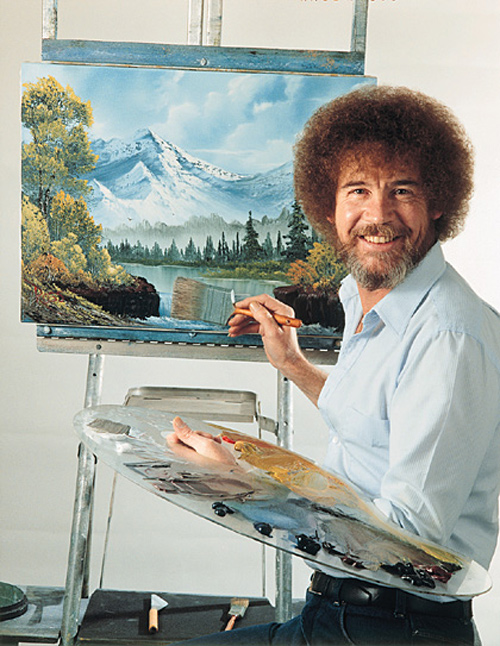 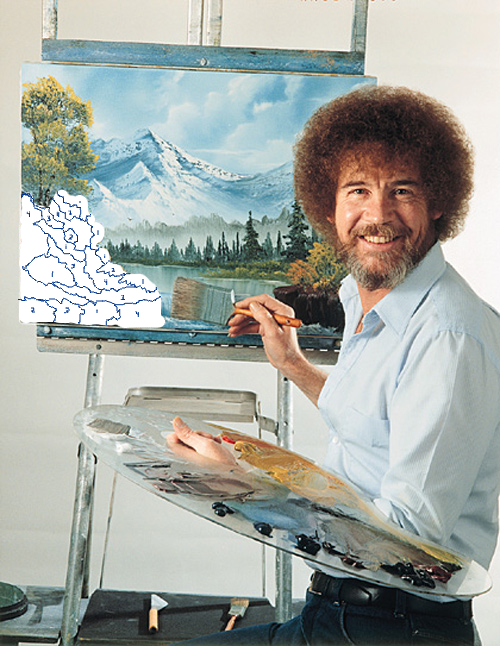 So that was the true secret of Bob Ross's success! 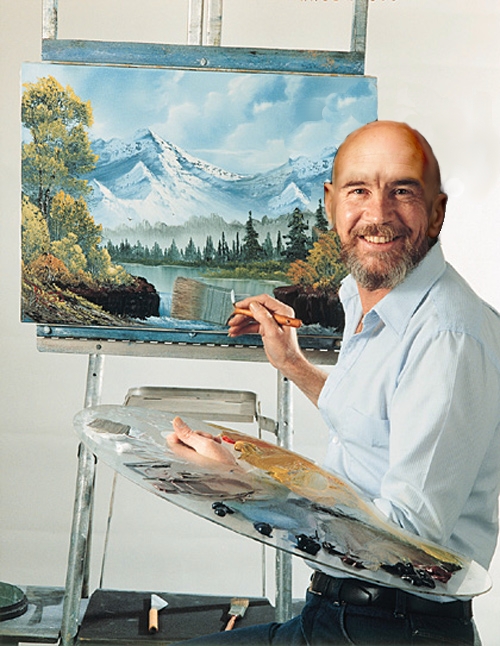 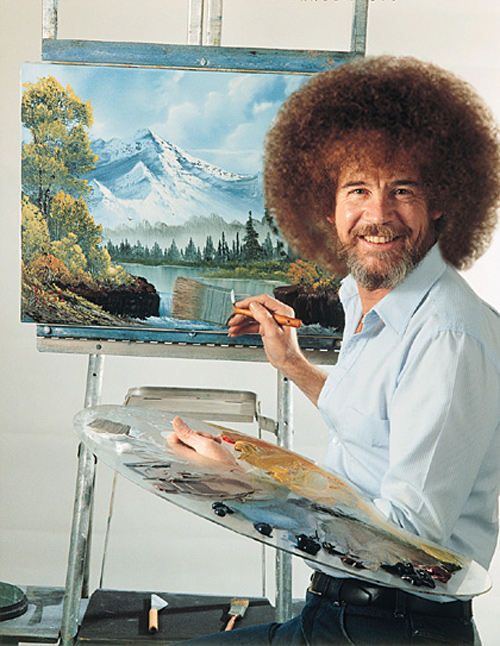 Then there was the time Bob Ross listened to network exec suggestions.

This is how I imagine Bob Ross looks to stoners.

What's a nonsense post about Bob Ross without a little "Rickroll" thrown in?

I hope you have enjoyed this Bob Ross tribute as much as I enjoyed making it.  Please, feel free to leave a comment and share your favorite Bob Ross memory.  I’d love to hear what Bob Ross meant to you.

10 responses to “The Joy of Painting Bob Ross”