RSS
← Coco Before Chanel
Everybody Should Have a Theme Song → 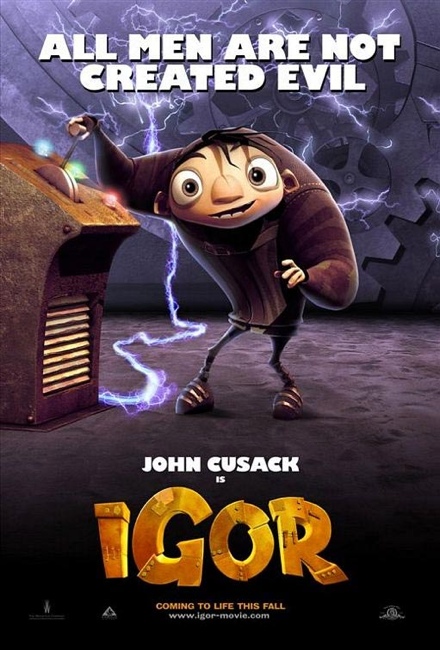 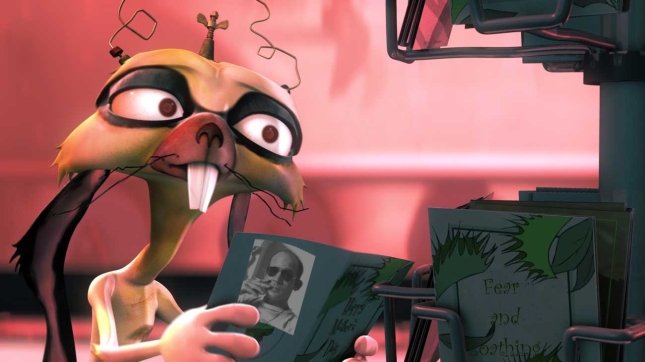 It’s a shame that some of the bigger budget animated movies get so much attention while little gems like this one slip under the radar. Is Igor predictable? From the first 3 minutes. Is it fun? Absolutely.  Does the Louis Prima laced soundtrack rock the house?  You know it!  The thing that struck me most about the movie, though, is that it was just so “clean.” A lot of times, Hollywood thinks they have to include several jokes aimed at adults in kid’s movies just to keep us interested. While there might be one or maybe two little side comments that sneak into this movie, by and large I found it to be quite kid-friendly. The only things that I found about the film that might give pause for some were the fact that one of the characters is constantly trying to kill himself, and at one point dismembers his body as a key plot point. There is also a parody of a famous poster with a cute little kitty cat hanging by a noose. Don’t let the dark imagery dissuade you from seeing this movie though, it really does have a good message for kids, and it’s entertaining throughout.

Oh yeah, did I mention that Steve Buscemi plays an immortal rabbit with suicidal tendencies?

Posted by gentlemanbeggar on February 27, 2010 in Movie Challenge, Uncategorized

← Coco Before Chanel
Everybody Should Have a Theme Song →