RSS
← Spring Break
An Empress and the Warriors → 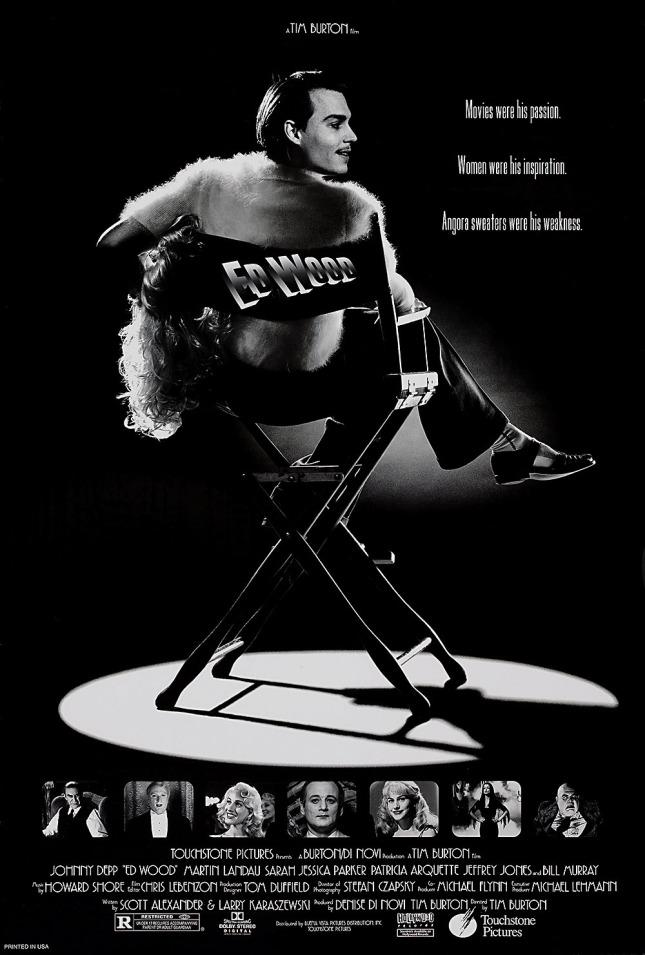 Once in awhile, Hollywood gives us a director who is astoundingly embraced by a cult following, an auteur who is misunderstood by his peers, and looked down upon by critics. With a unique vision, and a steadfast loyalty to a small band of actors with whom he always chooses to work, this filmmaker adheres to a visual style that is singularly his own, and eschews convention to make telling his story his primary goal. 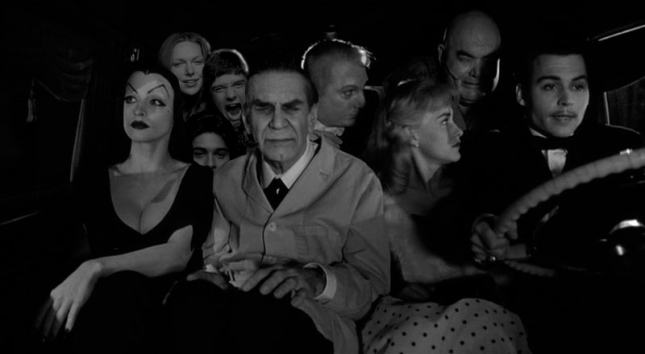 It’s no wonder Tim Burton was the guy who brought to screen the story of the man generally considered to be “the worst director of all time,” Edward Wood, Jr.  If you aren’t familiar, Ed Wood is most famous for his film “Plan 9 from Outer Space,” a true masterpiece of bad movie making.  Ed Wood’s films, often looked down upon by his contemporaries, found a new lease on life in the form of VHS tapes and late nite movie channels.  His movies fall into the so-bad-it’s-good category, and serve as a true testament to Wood’s dedication to his craft, no matter how misguided he might have been.

Oh yeah, and he happened to like dressing up in women’s clothing.

Burton’s Ed Wood tells the story of Wood’s rise to mediocrity with an obvious admiration and a sincere touch of respect.  Where Wood was by no means a stickler for detail, Burton more than makes up for it by meticulously recreating the sets and even shooting some of the same scenes from Wood’s famous films with glaringly identical panache.  The casting in the movie is nothing short of phenomenal.  The actor portraying Tor Johnson is an uncanny carbon copy, while Burton favorite Johnny Depp almost channels the campy Ed Wood.  Lisa Marie as Vampira was an inspired choice, Jeffrey Jones is a passable Criswell, Vincent D’Onofrio looks just like a young Orson Welles, and I’ll forever be convinced that Martin Landau was born to portray an aged heroin addicted Bela Legosi.

If you are a fan of good movies, see this movie.  If you are a fan of bad movies, see this movie.  I guarantee, there’s something in it for you.  I should warn you though, swear words are bandied about with flare, and cross-dressing is featured fairly prominently.  If you are the sort that is easily offended, you might want to give this film a miss.  On the other hand, if you want to see Bill Murray as a flamboyant wannabe transgender, this is the movie for you.

You can watch the original Plan 9 online:

Posted by gentlemanbeggar on March 21, 2010 in Movie Challenge, Uncategorized

← Spring Break
An Empress and the Warriors →